We have heard many glowing reports of Godstone Farm in Surrey. Just south of the M25 it looked like a doable day trip from ED. We waited for the promise of a sunny day and then set off by car for opening time at 10am.

Unfortunately the main route down through Croydon included a road that has been shut for some time now due to flooding. The detour wasn't too much of a problem on the way down, but heading back took an hour and a half. Not fun.

The farm has all your usual suspects...goats, sheep, cows, donkeys, pigs, chickens as well as the smaller furry friends...guinea pigs, rabbits, etc. There is also the opportunity to touch the little animals in the Holding Barn. We've been talking about the possibility of getting a pet and it took a lot of effort to walk away from the sweet little guinea pigs.

The lower area of the site also has a Dinosaur Trail (don't expect Crystal Palace Park style dinos - these fellas are slightly more colourful and a little smaller), an outdoor, but covered slide barn (think wooden soft play with lots of slides) and the main indoor playbarn. The playbarn has the usual climbing areas, but also has a toddler area with play houses, puzzles and much smaller slides. There are a lot of tables to sit at for a drink or snack, but you're not allowed to bring your own food in for a picnic. Whilst there are other barns you can use for your picnic in bad weather, they aren't quite as warm and dry as the playbarn.

At the top of the site, near the carpark, there are two large sandpits with various structures to climb on and around. There are also tractor rides and a very fun toboggan run. I'm sure there's more, but by the time we made it to the top play area, we didn't have long before the heavens opened and our promise of lovely weather was scuppered by a short hail storm. 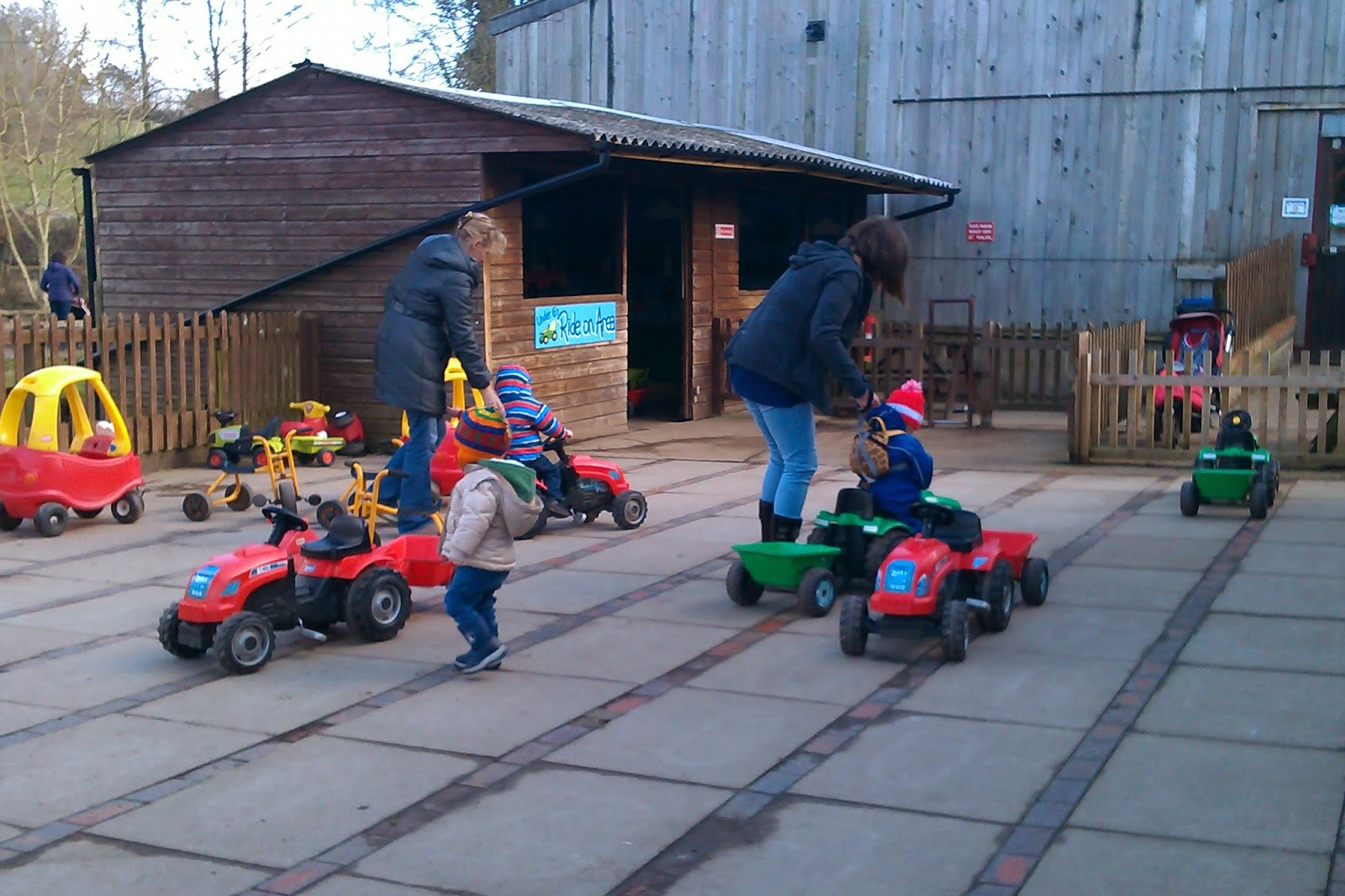 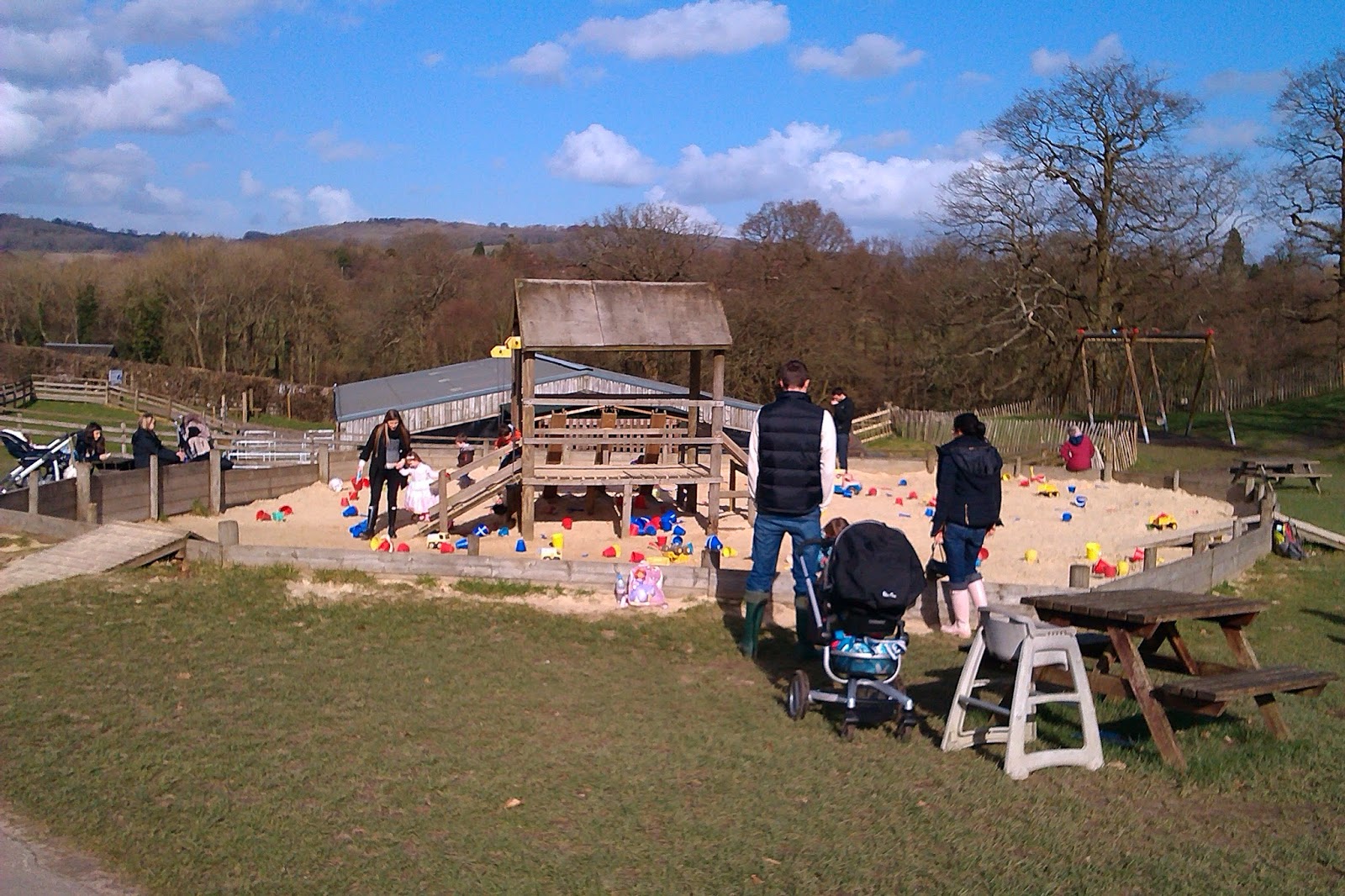 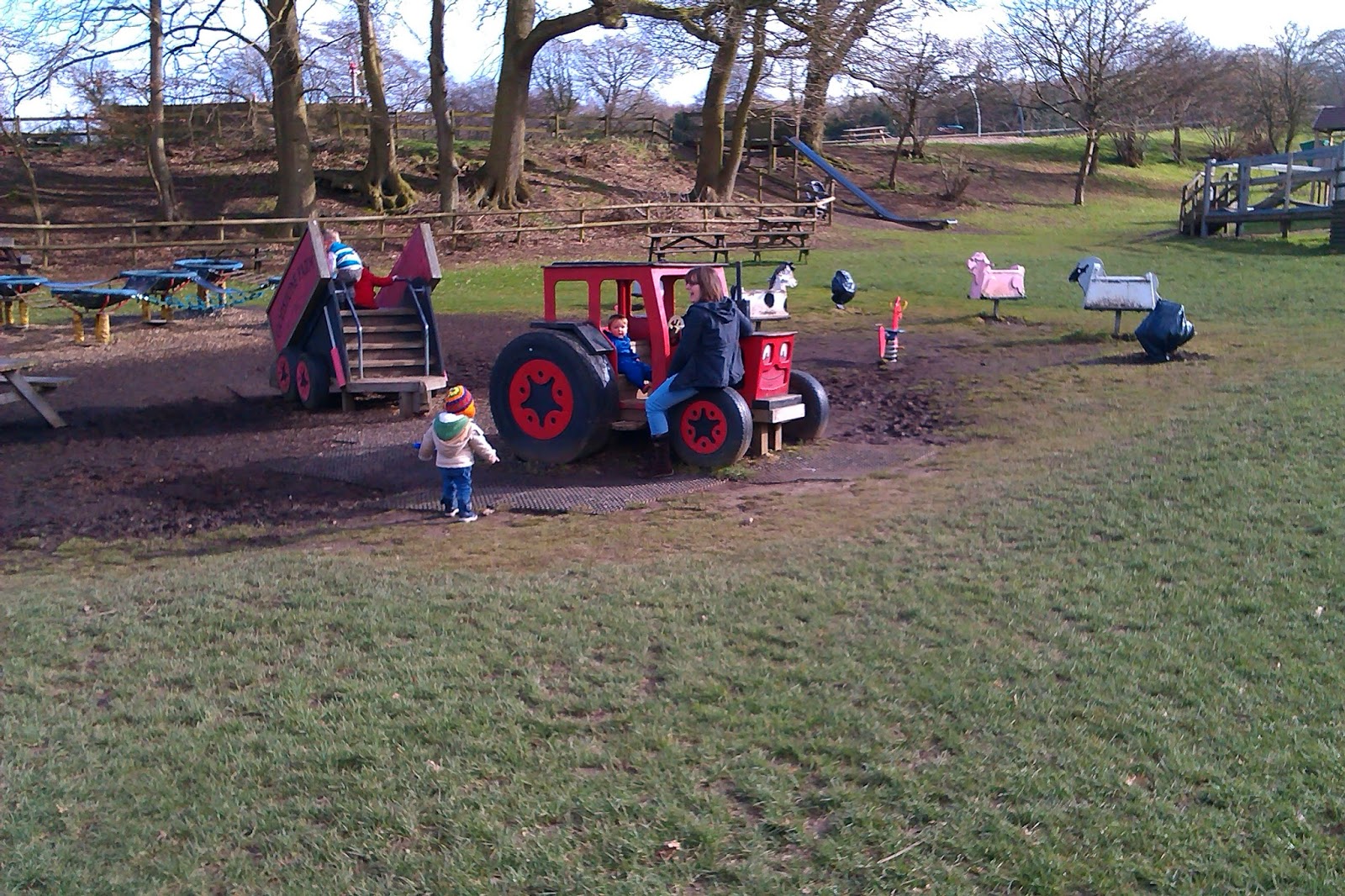 I imagine if we lived nearby, we would make quite a few trips here, but unfortunately the cost jumps after your tot turns 2 and that combined with the distance means we're not able to make it a regular haunt.
at 19:09